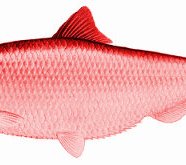 Posted by Culture Decanted on May 24, 2014 in psychology, semiotics | Leave a comment

“This is your last chance. After this, there is no turning back. You take the blue pill – the story ends, you wake up in your bed and believe whatever you want to believe. You take the red pill – you stay in Wonderland, and I show you how deep the rabbit hole goes. Remember, all I’m offering is the truth – nothing more.”

–  Morpheus to Neo, The Matrix

No colour stands alone, in practice they are all part of a palette – a system of related meaning – it’s how they are mixed in combinations that changes their meanings. Specific combinations of colours that include red do have specific social and cultural meanings.  In looking at many, there are two commonly used tricolour arrangements that can illustrate this point. These are tripartite symbols being used in culture, often with very different intended meanings.

An early triclour arrangement was Red, white and black, grouped in the early medieval-ages that were used to symbolise different social standings.  These social-organizations are are often reflected in the use of different ink colours on early medieval manuscripts.   Later, their role as a political signifiers evolved, eg. red and white were used to differentiated the Houses of York and Lancaster in the War of the Roses and reconciled in the red-and-white Tudor Rose.  During the crusades when France and England crusaded together, red became the English colour and white because the French.  There are numerous other cultural examples and permutations of this basic red, black and white tricolour.   Today, this basic colour configuration of red, white and black has been carried across to many dominant brands today: 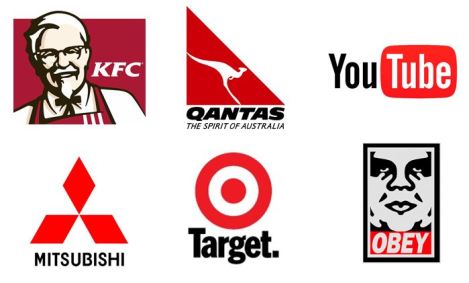 The more widely used tricolour arrangement of red is in the red, white and blue tricolour.  Here we can see the use of blue as a more authoritarian colour.  When we look at how brands use this colour combination many brands draw directly from flags or nationalism in this space.

As an exploratory tool, vexillology can inform us of the conventions that many brands find themselves in, in how they use colours and forms, and when they are in some way symbolic of a cultural frame. Looking at national flags, this colour combination represents 35 of 196 counties in the world (more or less) using red, white and blue, compared to 2 using red, white and black.  The next biggest group is red-and-white flags at 22. With the vast majority of national flags employ red somewhere in their design.  Clearly, there is a strong colonial role in why many nations are using these colours, but it’s interesting that this has extended to brands.

It’s important to recognise that not all of the cultural uses of red, white and blue come from the same place – while so many of today’s flags look similar they are telling different visual narratives.  To illustrate this we can look at the French Flag or  Tricolore Drapeau, the origins of this flags use of this tricolour are very different from that of the USA.  The meaning of the USA flag is less clear, it appears there might have been a touch of reversed-engineered meaning in what the flag colours mean. This was first written explanation for the colour choice was in 1782; though its likely that as many British colonies, the early flag drew inspiration from the Union Jack.   From the citation above:

“Charles Thomson, Secretary of the Continental Congress, explained the significance to Congress when he presented the seal. “The colors,” Thomson said at the time, “are those used in the flag of the United States of America. White signifies purity and innocence. Red, hardiness & valour, and Blue… signifies vigilance, perseverance & justice.”

The Rossignol logo (above) is a good starting point for decoding the French Flag.  The cockerel (le coq gaulois) is an unofficial symbol of France that goes back in time to the Romans.  Suetonius in his The Lives Of The Twelve Caesars, The Life Of Nero, notes that the Latin words for Gauls and Cockerel are homonyms.  It is also likely that at the time Cockerels held social religious significance keeping this symbol central to French identity, from the Celts (though Lug or Ogmios), the Romans through Mercury and later the Christians through the Denial of Peter.   This quintessential French iconography and colouring is easy to find today.

This association of the Gauls with the Cockerel is not just visual; we can also find it in stories.  The children’s tale of ‘Chicken Little’ is an amusing re-telling of Alexander the Great meeting these early Celts for the first time.  When Alexander first met the Celts (Gauls), they expressed that they feared no man, but were terrified of the sky falling in, much to Alexander’s probable disdain. This is likely where we get the coward’s taunt of ‘chicken’ from.

This Gallic identification with the Cockerel is a clue to where we find the origins of the modern French flag.  The fashion of the time was the tricorne or three-cornered hat.  These were known as the ‘cocked hat’, and these were a popular style through Europe and early America.  These hats were often decorated with feathers, decorations and cockades.  Cockades were circular devices of distinct colours that were used widely to signify allegiance to particular politics or social movements.  In the French revolution, when the militia stormed the Bastille they wore the red-and-blue cockades that signified their allegiance to Paris.  White was added later as the royal colour to signify the united nation (this was pre-republican France) which became the colours of the new national flag.

From a symbolic perspective, the Flag of Haiti is also a product of revolution but the meaning of the red, blue and white changed to meet a new political narrative.  In 1803, the revolutionary Jean Jacques Dessalines  created the flag by ripping out the white centre column and  his daughter sewed the two remaining colour together: this new red-and-blue flag symbolised Haiti’s revolution and independence from France. The blue was symbolic of the black citizens and the red, the people of mixed race, with no white element in the national makeup, reflecting this brutal revolution.

While red, white and blue have become a common tricolour in many flag narratives, the meaning associated with red changes with different cultures.  At a broader level, we can see that the strong connection of red and blue from medieval times to today has remained. It has even pulled other symbols into its gravity and generated new connotations over time.    Just have to hope that I didn’t cock up this explanation.