Home » psychology » What is our appetite for the colour Red? [ Seeing Red: Part 1] 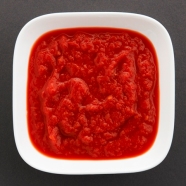 What is our appetite for the colour Red? [ Seeing Red: Part 1]

Posted by Culture Decanted on May 22, 2014 in psychology, semiotics | 2 Comments

“I love bright red drinks, don’t you? They taste twice as good as any other color.”

What is our appetite for the colour Red?

From an evolutionary perspective, the colour red is believed to excite and engage our eyes because it was a beneficial evolutionary-adaptation for a fruit-eating ape – telling sour-green from a ripe red fruit.  Since we are still only marginally more sophisticated apes, marketing has adapted to using red-special stickers in supermarkets, since it’s a modern form of ‘ripe fruit’.  Get it quick!

This sensory-function of colour, affects us in other ways.  The colour red is believed to stimulate appetite because of its psychological effect on our metabolism.  It explains why there are so many warm coloured fastfood outlets and restaurants playing in the visual spectrum between yellow and red.   In Judeo-Christian traditions, Orange/red was used to illustrate the colour of the sin Gluttony (which suggests this connection was culturally made before more modern studies). 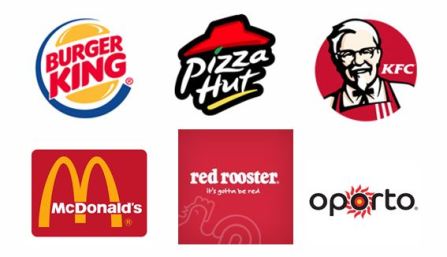 Interestingly, we don’t appear like to be surrounded in red when we shop.  It’s okay to bring focus to something with red but the associations change if there is too much, e.g. we’re less likely to postpone buying a television in a cool-coloured (blue) store environment than a warm-coloured (red) environment.  Blue surroundings create an atmosphere of consumer confidence and assurance when making purchase decisions – making shopping a more pleasant experience.    In other studies, the colour of the container where food and drink are served can enhance some attributes like taste and aroma.  As you would expect, orange and red suit warming drinks and blue tones suit cooling drinks.  Importantly, the tastebuds follow what we see and the same liquid is evaluated differently in different coloured vessels. While up to 80% of our taste is believed to come from smell, we are just as, if not more, influenced and guided by the visual spectrum.